Her research interests are in information theory, communication theory, and signal processing, and their application to wireless communications, interconnected systems, and neuroscience. She founded and served as Chief Technical Officer of Plume WiFi (formerly Accelera, Inc.) and of Quantenna (QTNA), Inc, and she currently serves on the Board of Directors for Medtronic (MDT) and Crown Castle Inc (CCI). Dr. Goldsmith is a member of the National Academy of Engineering and the American Academy of Arts and Sciences, a Fellow of the IEEE and of Stanford, and has received several awards for her work, including the IEEE Sumner Technical Field Award, the ACM Athena Lecturer Award, the ComSoc Armstrong Technical Achievement Award, the Kirchmayer Graduate Teaching Award, the WICE Mentoring Award, and the Silicon Valley/San Jose Business Journal’s Women of Influence Award.

Dr. Goldsmith is currently the founding Chair of the IEEE Board of Directors Committee on Diversity, Inclusion, and Ethics. She served as President of the IEEE Information Theory Society in 2009, as founding Chair of its Student Committee, and as founding Editor-in-Chief of the IEEE Journal on Selected Areas of Information Theory. She has also served on the Board of Governors for both the IEEE Information Theory and Communications Societies.  At Stanford she served as Chair of Stanford’s Faculty Senate and for multiple terms as a Senator, and on its Academic Council Advisory Board, Budget Group, Committee on Research, Planning and Policy Board, Commissions on Graduate and on Undergraduate Education, Faculty Women’s Forum Steering Committee, and Task Force on Women and Leadership.

Wireless technology has enormous potential to change the way people and things communicate. Future wireless networks will allow people on the move to communicate with anyone, anywhere, and at any time using a range of high-performance multimedia services. Wireless video will support applications such as enhanced social networking, distance learning and remote medicine. Wireless sensor networks can also enable a new class of intelligent home electronics, smart and energy-efficient buildings and highways, and in-body networks for analysis and treatment of medical conditions.

Fortunately for us researchers, there are many technical challenges that must be met in order to make this vision a reality. These challenges transcend all levels of the overall system design, including hardware, communication link design, wireless networking, distributed sensing, communication, and control, and cross-layer design. In addition, synergies between the hardware, link, and network designs must be exploited in order to meet the demanding performance requirements of these future systems. 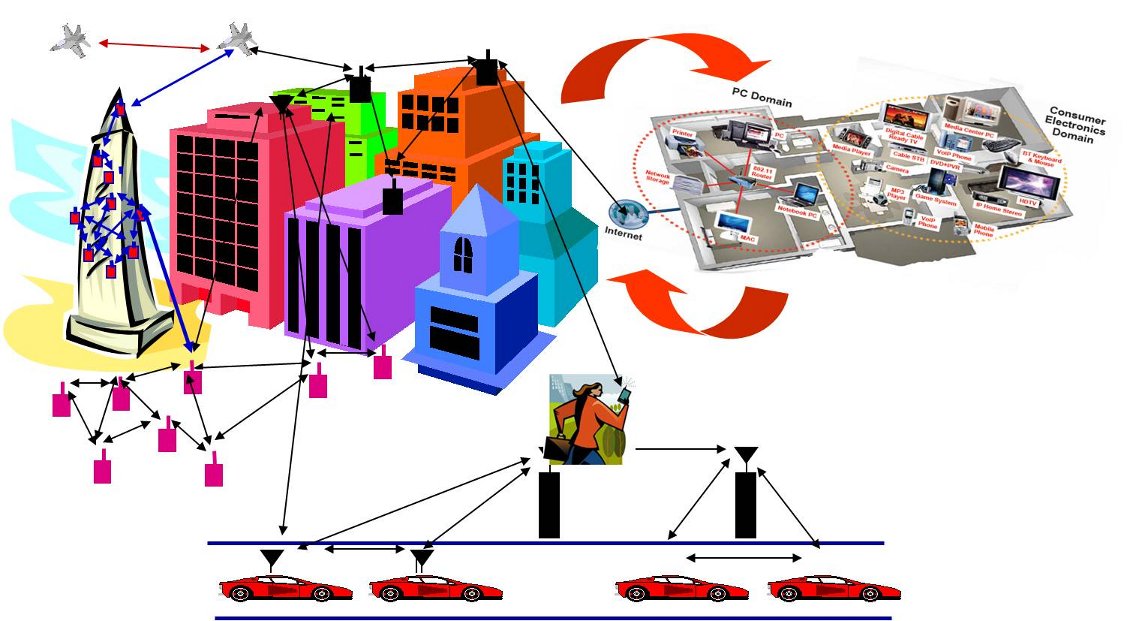